History​
The Manyoni Private Game Reserve, previously Zululand Rhino Reserve, was created when 17 dedicated landowners dropped their fences to create a 23 000ha protected area that was chosen as a release site for the WWF Black Rhino Range Expansion Project. In 2005, a founder population of black rhino were released into their new home. A significant achievement was the proclamation of the reserve as a Nature Reserve under the Protected Areas Act 57 of 2003 (the highest conservation status possible). Manyoni Private Game Reserve is recognised as a site of biodiversity importance and contributes to the provincial conservation targets and endangered species meta-populations.

Wildlife
​While rhino conservation remains the heart and soul of the reserve, it has grown to be so much more. After the introduction of black rhinos, a herd of elephant from the Kruger National Park were translocated to the reserve. Cheetah were reintroduced in 2009. The reserve achieved 'Big 5' status when lions were introduced in 2011. More recently, a pack of African wild dogs, the most endangered carnivore in South Africa, were introduced.

And besides that the reserve is also home to hyena, jackal, wildebeest, giraffe, zebra, bushpig, warthog, chacma baboons, vervet monkeys, honey badgers, mongoose and various antelope species including kudu, nyala, impala, reedbuck, bushbuck, duiker, and a variety of tortoises, terrapins, snakes and lizards plus a variety of bird species.

From our many visits to Manyoni Game Reserve, we have first-hand knowledge of the hotels and below you can find the ones we most commonly use. Those hotels include mainly our favourites sorted from low-key to deluxe, which are usually smaller hotels with very personalised service, but also some bigger places, if they are the best or only option available. Open, close, then open each tab again to display the images fully.

Below you will find samples itineraries for Manyoni Private Reserve with images of the different lodges in them, but this list is by no means exhaustive. Please contact us directly to discuss a bespoke itinerary. 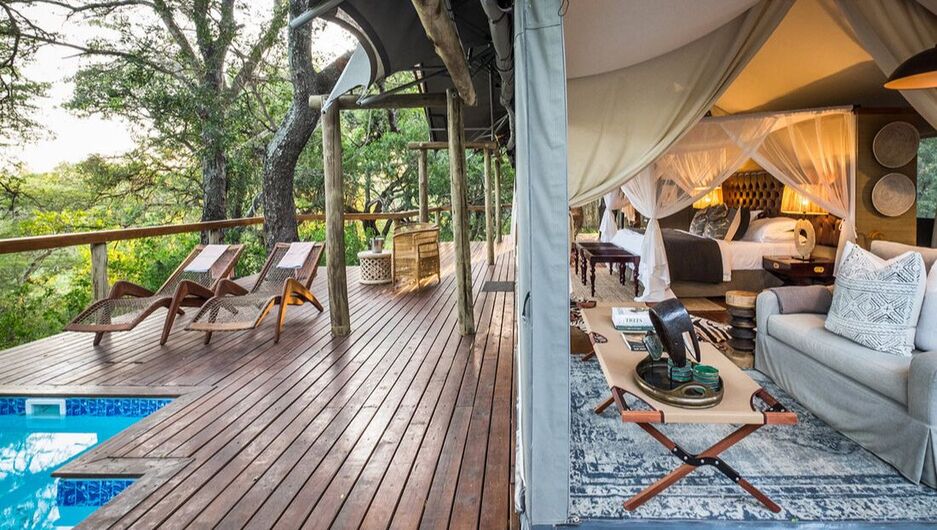 4-day Manyoni Safari with Rhino Sands Safari Camp
from ZAR 25,800 per person sharing
including return airport transfers
interactive itinerary here
For more same standard safari itineraries in Kwazulu Natal and some South- & Southern Africa combination itineraries, please click on the buttons below, or contact us directly for a bespoke itinerary.