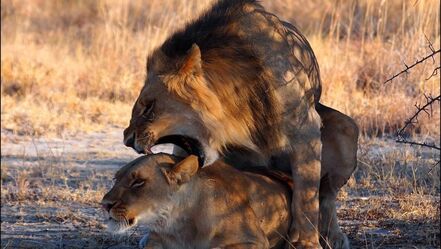 Botswana
Highlights: The Okavango Delta, Moremi and Chobe are Botswana's most popular areas. Chief’s Island in the Delta is a fantastic Big 5 destination.
Seasonally “wet” camps on islands offer superb boat-based wildlife viewing. The Delta is best accessed by light aircraft, though we have some boat trips too. A “doors off” helicopter flight is an incredible experience.
Private concessions on the edge of the Delta and Moremi allow off-road driving and night drives and can be reached by light aircraft or on a mobile camping safari.
The little-visited Central Kalahari Game Reserve and Magkadikgadi Pans NP have stunning landscapes and excellent seasonal game viewing.

Seasons:  Generally, May to September, during the dry season and winter, with more moderate temperatures. The Okavango waters are at their highest from June to October.
The Kalahari comes to life in the rainy season, its velvety-looking plains attracting tens of thousands of grazers, much to the delight of the predators, especially the black-maned Kalahari lions.
The Okavango’s water-based camps offer year-round water activities such as mokoro safaris (dugout-canoe) and boating. 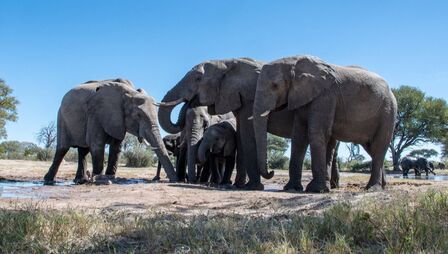 Zimbabwe
Highlights: The majestic Victoria Falls on the Zimbabwean/Zambian border is within easy reach of Botswana, and has direct flights from Namibia, making it easy to combine destinations in one unforgettable safari itinerary.
Take a helicopter flight over the falls for a breath-taking bird's-eye view of Mosi-oa-Tunya - 'The Smoke That Thunders’ or go white-water rafting downstream of the falls. High Tea at Victoria Falls Hotel, the oldest in the country, is a must.
Hwange NP a short hop from the Falls, has excellent game viewing from private concessions within and next to the national park.
Matopos NP tracking rhino on foot, stunning rock formations, and ancient rock art.
Mana Pools where Davis Attenborough’s team filmed the remarkable episode on Wild Dogs. Seasons: A year-round destination, it does get hot between mid-October and December. 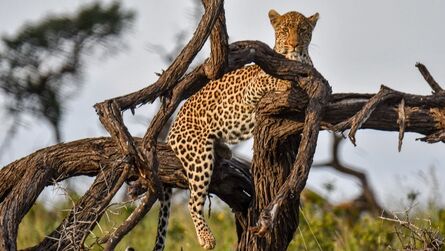 Kenya
A great destination for combing reserves and NPs with an excellent network of bush flights.
Highlights: The superb Masai Mara conservancies, Amboseli reserve, Lewa and Samburu further north.
Overnight in Nairobi on the way in to get over jetlag and visit the Giraffe sanctuary and the David Sheldrick Elephant Orphanage.
Beach breaks on the Kenyan coast, and easy access to the Zanzibar archipelago.

Seasons:  Year-round, though the wildebeest migration usually reaches the Masai Mara in July and remains until October when it moves back to the Serengeti in Tanzania.
Many people travel to Kenya because it is a perfect getaway to unwind and relax. with picturesque sandy beaches, and luxury resorts with high-end services. 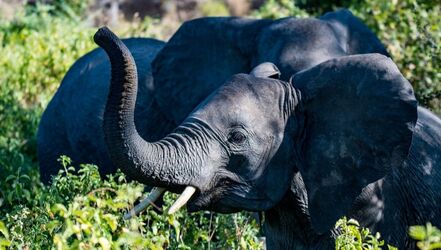 Tanzania
Highlights:
The great migration in the Serengeti (over two million wildebeest and zebra moving in a wonky circle over a 12-month period), the UNESCO World Heritage site of the Ngorongoro Crater, home to over 30,000 hooved mammals and plenty of predators.
In the south, our favourite areas of Ruaha, Selous, and Katavi offer incredible variety, lots of space, and very few tourists.
To the west, Mahale NP and Gombe Streams NP host big numbers of charming chimps.
Zanzibar is a much-sought after beach destination with scuba diving, snorkelling, spice plantations and fascinating history.
The lesser-known island of Mafia has enchanting ruins from medieval trading civilisations, scuba diving, and snorkelling with gentle-giant whale sharks.
Pemba Island really is an untouched Africa island paradise with fantastic hard coral gardens, deep drop-offs, and passes.

Seasons:
In the Serengeti, January to March is foaling and calving time in the south of the park, and a great time to see predators in action. June to November is river-crossing season firstly the north west, then the east of the park. The “long rains” fall mid-March to late-April, but generally at night. May and June are quiet and the cheapest time of year to go, along with November and early December.
In the south, flights into Selous pause between mid-April and mid-June due to the high water levels. Peak game-viewing is June to November. This is also the only time Katavi is open and the best time for chimp viewing in the west 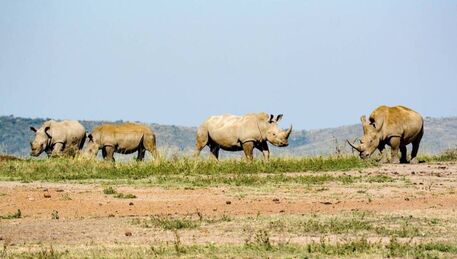 ​South Africa
Highlights:
The private reserves in the Kruger area have some of the finest game-viewing on the planet.
The unheralded Hluhluwe-Imfolozi Game Reserve in KwaZulu-Natal has excellent value-for-money big five safaris.
The KZN coast is home to some the best shark diving on the planet
The phenomenal Sardine Run, “the greatest shoal on earth” occurs from late May to late July.
Cosmopolitan Cape Town is great for a city break close to nature and is the gateway to the rural luxury of the Western Cape winelands.
Self-drive the Garden Route along the beautiful coastline and inland across the Karoo.

Seasons:
The cooler, drier winter months from May to September bring superb conditions for viewing big game, but it is a year-round destination. 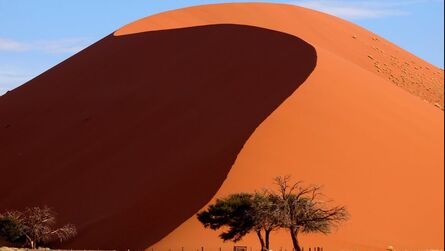 Namibia
Highlights:
The sand dunes of the Namib Desert five hours from the capital, Windhoek.
Desert-dwelling elephants, black rhinos, and lions in the other-worldly wildernesses of northern Damaraland and the Kunene regions.
Abundant game in Etosha NP. Leopard and cheetah tracking at Okonjima, three hours north of Windhoek.
The deserted mining settlement of Kolmanskop and the fantastic Fish River Canyon in the far south.
Amazing scenery throughout the country.
​Seasons: If it rains, it rains between November and April, the rest of the year is very dry. In the winter months of June, July and August, night time temperatures in the desert can drop to freezing. Daytime temperatures are 25-31°C. 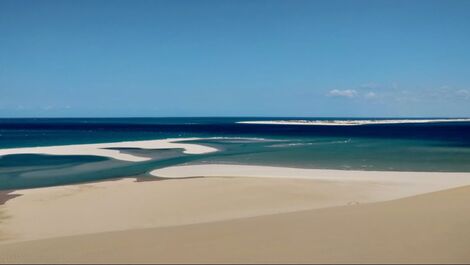 Mozambique
Highlights:
An exceptional destination for beaches, island paradise, and scuba diving along more than 2000 km of unspoilt coastline.
Ibo Island and its forts, culture, and island-hopping dhow safaris in the Quirimbas.
Quilalea Island for the best diving in the Quirmbas and luxury relaxation.
Benguerra Island in the Bazaruto archipelago for an easy beach break after a South African safari, with some excellent diving to boot.
Manta rays and whale sharks at Tofo and Barra, near Inhambane.
Great-value rest and relaxation on the Machangulo peninsula close to Maputo. 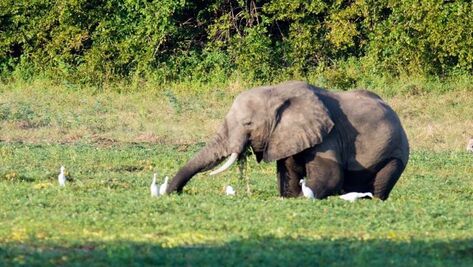 Seasons:
Wet season (November to April) has heavy rainfall that can cut off road access, which makes getting around difficult so any of the country’s parks close – though exception is South Luangwa is still accessible In the dry season (May to October), there’s hardly any rain to be seen and animals are easily found at local rivers and waterholes. 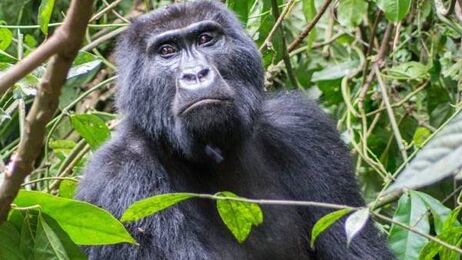 Uganda
Highlights:
The best place for Gorilla viewing with over half of the world’s Mountain gorillas here with a range of access options
Excellent Chimp tracking
Combine the primates with under-rated wildlife viewing in Queen Elizabeth and Murchison Falls NP
Excellent birding with over 1000 species including the boot-ugly Shoebill stork.
Beach breaks on the islands in Lake Victoria
The amazing Wild Waters lodge, nestled in the rapids of the Nile, for some perfect couple time.

Seasons:
The drier months from May to September and December to February are the best for wildlife watching in Uganda, though it’s often damp in the cloud forest, unsurprisingly. 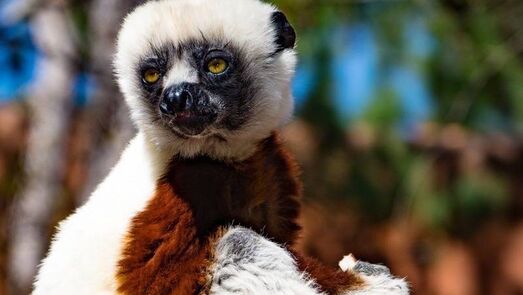 Madagascar
Highlights:
A huge range of experiences from Lemurs to beaches, forests and highlands and rock formations, plus a plethora of endemic species to discover.
Excellent scuba diving, whale shark snorkelling, and humpback whale viewing.
From short breaks to three-weeks, with group and tailor-made trips available.

Seasons:
The principal wet season is from late December through to the month of March often has cyclones, so it is probably best avoided then. The best time to go to Madagascar is therefore between the months of April through to mid-December. Being prepared for all weather conditions is always recommended as weather patterns do not necessarily adhere to the seasons. Madagascar is a massive country and therefore climate varies hugely subject to your geographic location. It also depends on what you want to see.

July to September for humpback whales.
October and November are excellent for baby lemurs. Lemurs in general can be seen year-round.
April avoids peak season and is ideal for lush landscapes, bounding lemurs and quiet parks and beaches.
September to December is a great time for combining lemur watching, chameleons and beach holidays with hot, relatively dry weather. 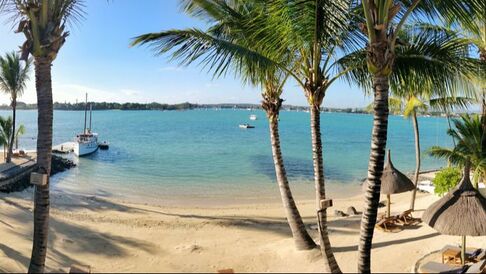 Mauritius
Highlights:
Excellent connections to South Africa and Kenya for a post-safari recharge and a renowned honeymoon destination but also great for family holidays
Idyllic and varied landscapes with volcanic peaks, cliffs, gorges and waterfalls, as well as fields of sugar cane and pineapples in the lush green interior, with swaying palms and white sandy beaches on the coast.
Whilst known for its large 5-star luxury hotels and resorts offering a full range of water sports such as water-skiing, jet skiing and parasailing, we specialise in using smaller, more intimate properties, and creating itineraries giving an insight to the soul of the island.
Seasons:
The seasonal winds are the main factor when planning a trip here. Fortunately there are great places to stay all around the island, so when one side is windy, the other is protected. Can be enjoyed year round. 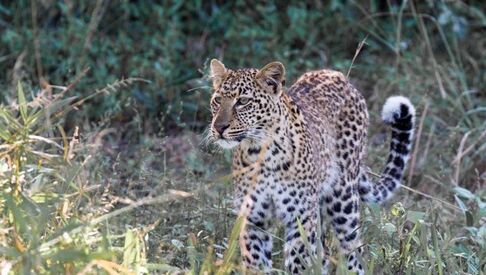 Malawi
Highlights:
An up and coming ecotourism destination with low tourism density and good value-for-money
Lake Malawi National Park, one of the most biodiverse lake regions in the world, providing a fertile home for around 200 mammal species (including big cats, elephants, hippos, monkeys, and more), 650 species of bird, and more than 5,500 plants.
But Malawi also has four other national parks (Kasungu, Lengwe, Liwonde, and Nyika), four wildlife reserves (Majete, Mwabvi, Nkhotakota, and Vwaza Marsh), and two biosphere reserves (Lake Chilwa and Mulanje Mountain Forest Reserve)
Great combination of beach and bush
Seasons:
Dry season, May to August, is very pleasant with little rain and mild temperatures. July to October is the best time for wildlife viewing as animals have to leave the bush to find available water. October can get very hot. For those who don’t mind a bit of rain, the low-season months from November to May are fresh and green, with good low-season deals. 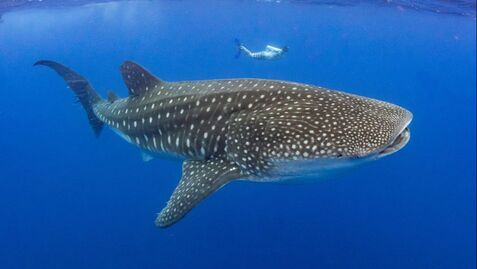 St Helena Island
Highlights
Scuba diving and snorkelling with adult whale sharks January to March.
Endemic birdlife and fishlife.
A plethora of historical fortifications to visit.
Jonathan, the oldest tortoise in the world, next to Napoleon’s last residence.
Excellent hiking trails and diverse landscapes.
Great value-for-money.
Very limited tourism to one of the most remote inhabited islands on the planet, with only 1 flight a week on a 78-seat aircraft.

Seasons
Summer is from December to April, with air temperatures up to 30°C.
Due to the increased likelihood of flight disruption from May to October, we recommend sticking to the summer months for a visit. 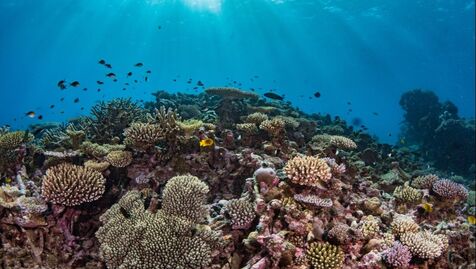 Seasons:
There are two seasons in the Comoros: the hot and humid season flowing in from the north-west from November to April and the dry season from May to October.