​KZN is home to a number of excellent reserves with excellent value-for-money lodges, giving a greater proverbial bang for one's buck (or a bigger rocket for your Rand) than the more illustrious Greater Kruger, 9 hours' drive to the north. As well as being a great place to see both black and white rhino, the region's reserves have become a bit of a Wilddog hotspot.

Hluhluwe-iMfolozi is perhaps the most famous reserve in Kwazulu Natal. It is a 960 km squared (370 sq. miles) "Big Five" reserve, essentially home to only one privately-run lodge and a limited amount of self-drive accommodation run by the parks board. It is famous for its population of black and white rhinos and today, this remains the best area in South Africa to see rhinos. Low visitor density, excellent wildlife action in a variety of habitats, with various possibilities to do walking safaris, all set against a backdrop of rolling hills make this a great choice.

​Phinda Game Reserve is for those looking for the ultimate luxury safaris. Home to 6 incredible private lodges and 4 unique habitats, a safari at this award-winning game reserve will have you feeling like royalty. And it is a Big 5 reserve too.

And then there is the rather unpretentious Thembe Elephant Park, tucked away in the north-eastern corner of Kwazulu Natal, bordering Swaziland and Mozambique. Here you can find some of the biggest 'tuskers' in South Africa as well as the rest of the big five and more. With only one midrange lodge in the park, you will find very few other people here.

How to get there
All the mentioned reserves are easily accessible by road from either Durban or Richard's Bay, which will take between 3 - 4.5  hours. They can also be reached from Johannesburg, if you don't mind a ~6-hour drive. Phinda can also be reached by air.

The reserves are great for stand alone safaris, either one or several combined and also fantastic safari add ons to combine with visits to the historical Battlefields, The Drakensberg for hiking and of course for those who would also like to explore the underwater world of South Africa.

Have a look at the individual reserve pages for more information and itinerary suggestions below, or contact us directly for a bespoke itinerary. At the bottom of the page you will also find a button leading you to some South Africa combination itineraries that include some of the Kwazulu Natal Reserves. 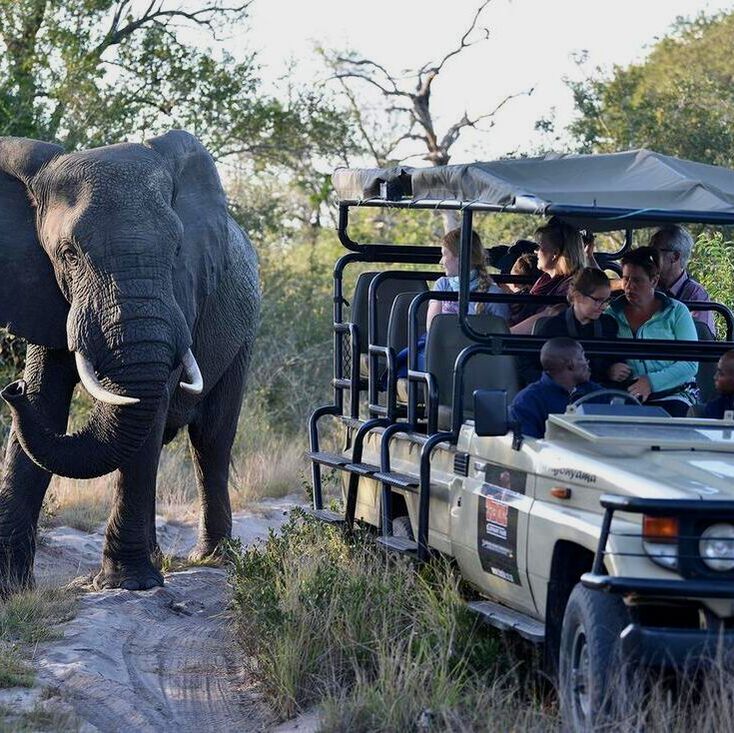