It might seem weird talking about islands off the coast of an island, but the fact is there are some popular islands off the coast of Madagascar which bring to life everything that is magical about Madagascar. The most popular island is Nosy Be, which is your quintessential island paradise. It is situated 8km off the coast of north-west Madagascar, which means the climate and waters are agreeably warm all year around. The turquoise water is calm thanks to the coral reefs which surround and protect the island.
Most hotels have snorkelling gear which guests can make use of, while many also offer scuba-diving trips. Turtles, clownfish, pufferfish, batfish and butterflyfish can be seen in the reefs and lucky divers might spot dolphins, humpback whales or even a whale shark at the right time of year.
Inland, you can visit the capital city of Hellville, where you can wonder through the haphazard streets looking for good deals on local arts and crafts. Ylang-ylang and vanilla plantations abound and you can catch the scent of them as you explore the island. Then there is also Parc Nationale Lokobe, where one can hike past waterfalls, crater lakes, and best of all, see lemurs and chameleons. Take a special look out for the panther chameleon.
And lastly there are further, smaller islands and peninsulas around the island of Nosy Be, which are the perfect getaway if you wish to stay somewhere slightly quieter like Nosi Komba, Baobab Beach and Tsarabanjina.

Ile Saint Marie (also known as Nosy Boraha) is a small island off Madagascar's east coast which is one of the best places to see humpback whales when they migrate from the Antarctic to the warm waters of Madagascar to calve, between June and September. You can take a boat trip out to sea to get close to the whales and some of the boats even have hydrophones on board to let you hear the whales' calls under water.
The island has a bit of a fun history, with having been a notorious pirate base during the 17th and 18th centuries. One famous pirate, Olivier Levasseur is rumoured to have hidden a treasure worth over EUR 1,000,000,000 on the island. He left a cryptic clue to the treasure when he was hanged on the island of Reunion. Take a visit to the pirate graveyard, where you can see the tombstones of pirates dating as far back as the early 1800's. The island is easy to walk around and explore and you may see up to three species of lemur – the Microcebus, mouse lemur and the fat-tailed dwarf lemur.

Masoala National Park in the north-east of Madagascar is made up of the uninhabited island of Nosy Mangabe, as well as a peninsula on the mainland. Masoala in Madagascar's largest protected wildlife reserve and one of the least visited. There are no permanent roads to Masoala, which means there are only two ways to get there, by boat or by foot. The boat leaves from the nearest town of Maroantsetra. Why would someone go through the effort of getting to such a remote place? For the novel wildlife and diversity of habitats. Masoala is the only place where you will find the critically endangered red ruffed lemur and is a good place to find the odd looking aye-aye. In Antongil Bay, you can also see humpack whales playing in the water between July - September. Activities in Masoala are mainly waterbased, such as kayaking and snorkelling. Antongil bay is allegedly home to dugongs. On land, walking safaris will try get you close to the lemurs and other interesting animals, such as the leaf-tailed gecko, Brookesia chameleon, tomato frog and helmeted vanga bird.

Anjajavy is a peninsula, not an island, but we have included it on this page because it provides an experience associated with warm tropical islands. There is one lodge on the Anjajavy, which can only be accessed by plane, which adds to the remote island feeling. Anjajavy encapsulates everything that makes Madagascar great, from the sandy beaches, to the forests, wildlife and the hospitality of the Malagasy people. 8 species of lemur can be found here, including the aye-aye, fat-tailed dwarf lemur and Coquerel's sifaka. You can also find the fossa here too.

And we have saved the best for last. Nosy Ankao is a tiny island measuring only 2km x 3km, but it is home to Madagascar's most luxurious lodge Miavana, which evokes the spirit of  the Seychelles, but with more wildlife. The island is only accessible by helicopter from the town of Diego Suarez. Once you arrive, you will be greeted by white sand beaches and superb marine diversity, including angel fish, trigger fish, parrot fish and turtles. It is also possible to go lemur-trekking and take helicopter trips to nearby reserves, including Ankarana.

From our visits to the Kaokoland we have first-hand knowledge of the lodges below you can find the ones we most commonly use. Those include mainly our favourites sorted from low-key to deluxe, which are usually smaller properties with very personalised service, but also some bigger places, if they are the best or only option available. Open, close, then open each tab again to display the images fully.

​​Below you can find some sample itineraries with images of the different resorts in them for beach stays on Madagascar's Islands
​but this list is by no means exhaustive. For bespoke itineraries, please contact us directly to discuss your project. 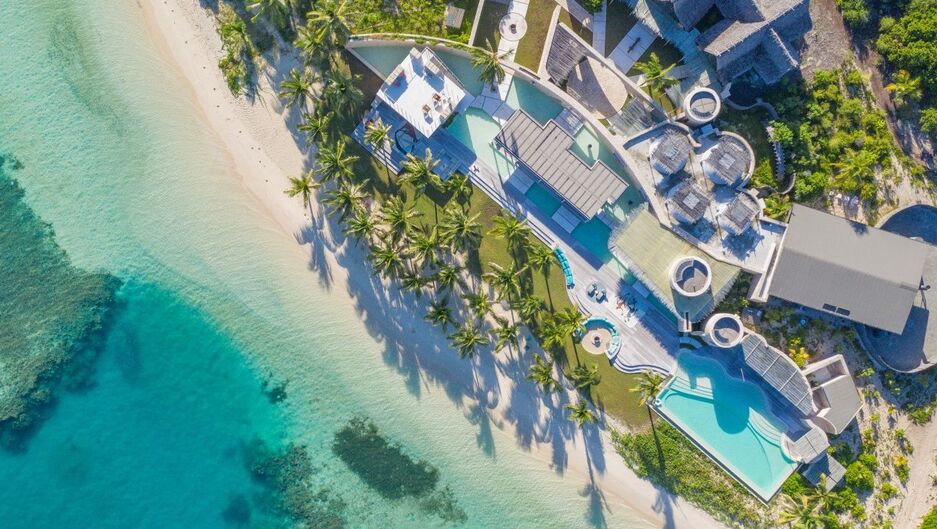