Southern Dominica
The drive from Melville Hall airport goes south along the choppy, windward east coast, up winding roads, through switchbacks and settlements of a few houses here and there, across some of the island's 300+ rivers, over a pass in the centre of the island, down the other side and along the tranquil west coast to Roseau, the capital, and takes an hour, and another 15 minutes down to Soufriere, close to the southern tip and Scott's Head Marine Reserve. 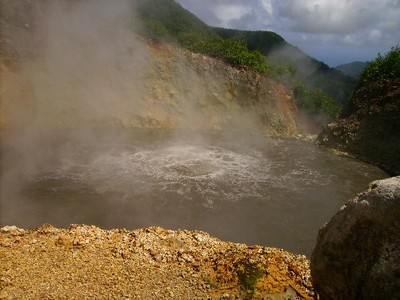 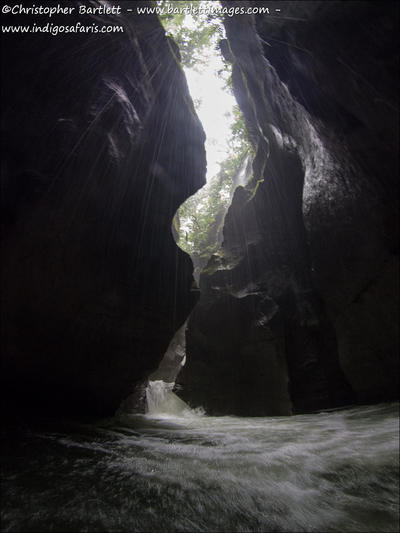 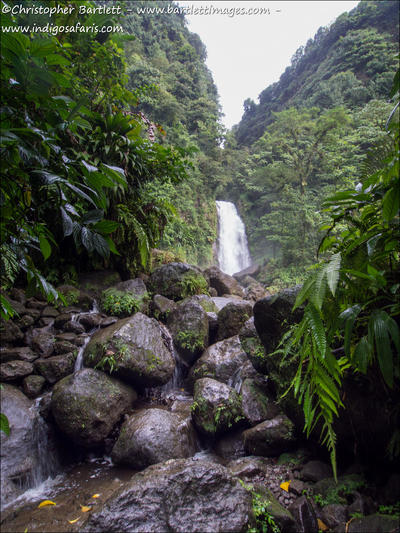 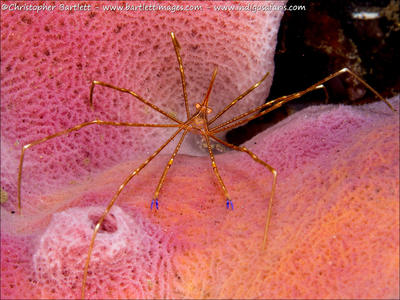 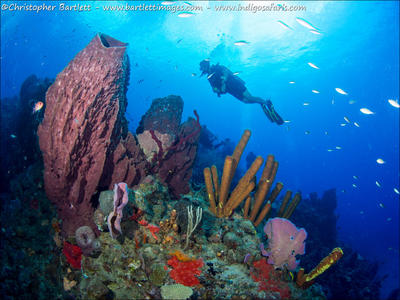 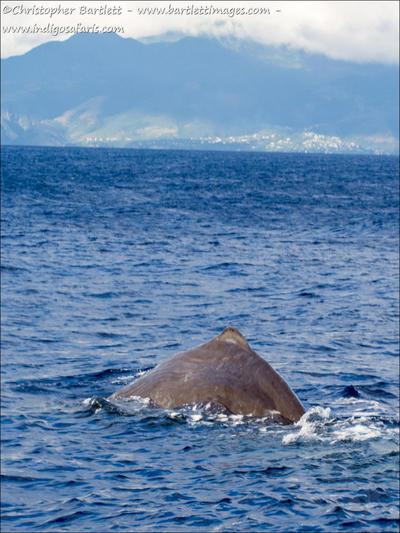 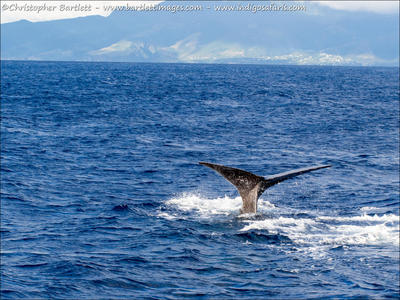 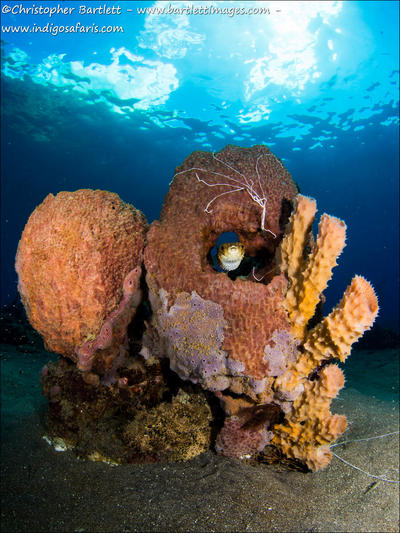 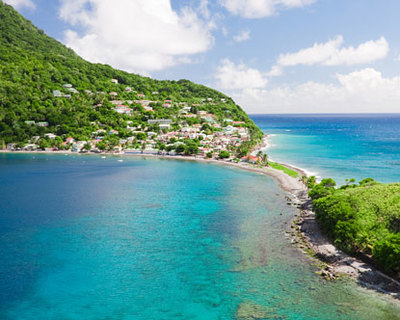 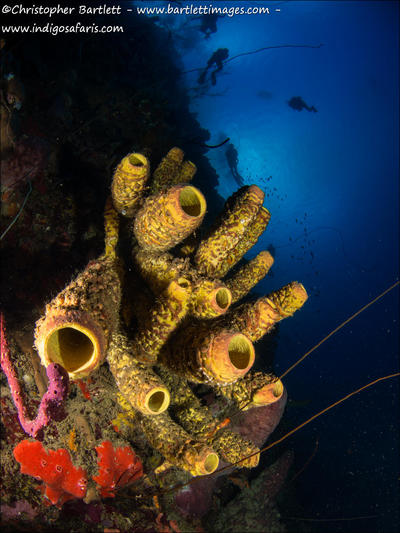 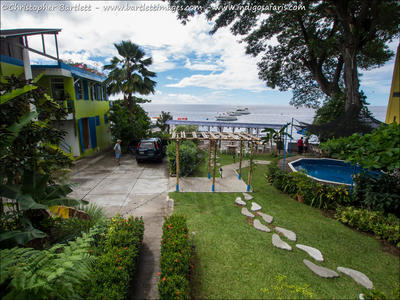 Whilst not having the diversity of other warm water dive destinations, the Caribbean has its own unique fauna, and the reefs here are rich in sponges and endemic corals. Schools of the strikingly blue Tomate swam past on the wall, trumpetfish lurked in wait for prey, and improbably shaped trunkfish puttered around. It was a pleasant start. The second dive took us to Soufriere Pinnacles, just off shore from the picturesque village of the same name. A series of underwater mounds, the Pinnacles are literally covered with in stovepipe, rope, and barrel sponges, and colourful schools of grunts and snapper.

MARINE LIFE & ENVIRONMENT
Dominica's topography is breathtaking both above and below the water.  Canyons, steep walls, volcanic craters, and pinnacles - it creates a very diverse layout. Basically no current.  The underwater volcanoes are the cause of Dominica's unique landscape.  Specifically "the Champagne dive site" is a unique place to see it all in action.  You can see warm bubbling water, and feel the rising water temperature, created by geothermal vents in the rocks below! Electric rays, seahorses, frogfish, gurnards, Caribbean reef squid, sea snakes, and batfish are just a few of the things to keep a look out for while diving Dominica

BEST DIVE SITES
Dominica is also home to approximately 55 of the world's largest carnivores, the sperm whale. Year round mothers and daughters cruise the deep waters a few kilometres off shore and, between January and April when the sea is a little cooler, are joined by males looking to mate.

There is plenty to do in the afternoon if you don't want to do three dives a day, with the spectacular Trafalgar Falls, the ethereal Titou Gorge. Trafalgar Falls are actually two waterfalls, Mother and Father, which plummet down from on high. Next to them lie natural pools of 30-degree centigrade mountain water, a great place to relax and take a natural spa. Though there are other places to do this too. Nearby Screw Spa has a constant stream of volcanic mineral water feeding a series of stonewalled pools. The higher the pool the warmer the water. Middleham Falls is also an excellent two-hour return walk through the forest to first a viewing platform and then the swimming hole at the bottom of these spectacular falls. For something more sedate, Emerald Pool is worth a visit too. 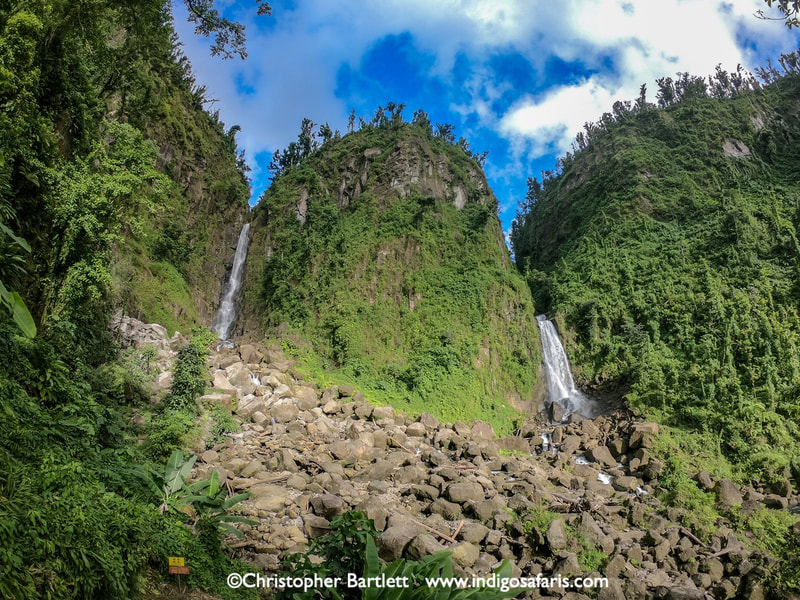 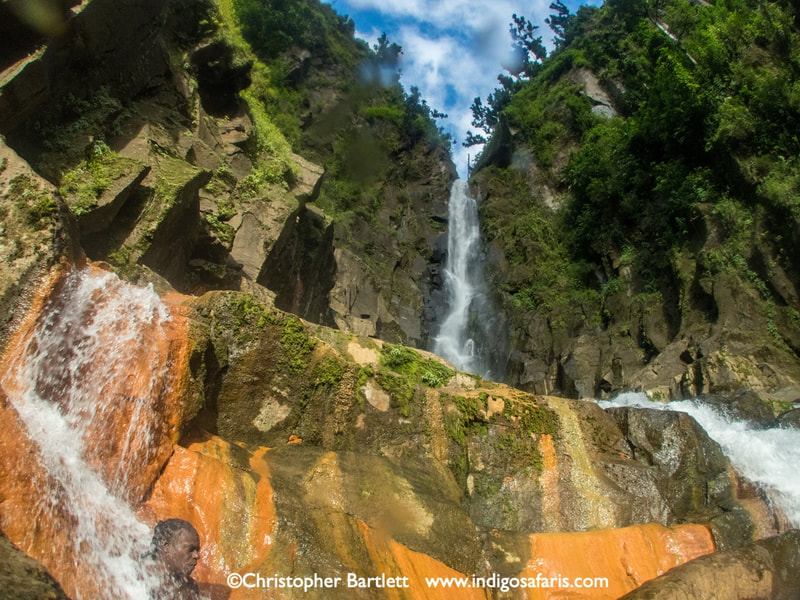 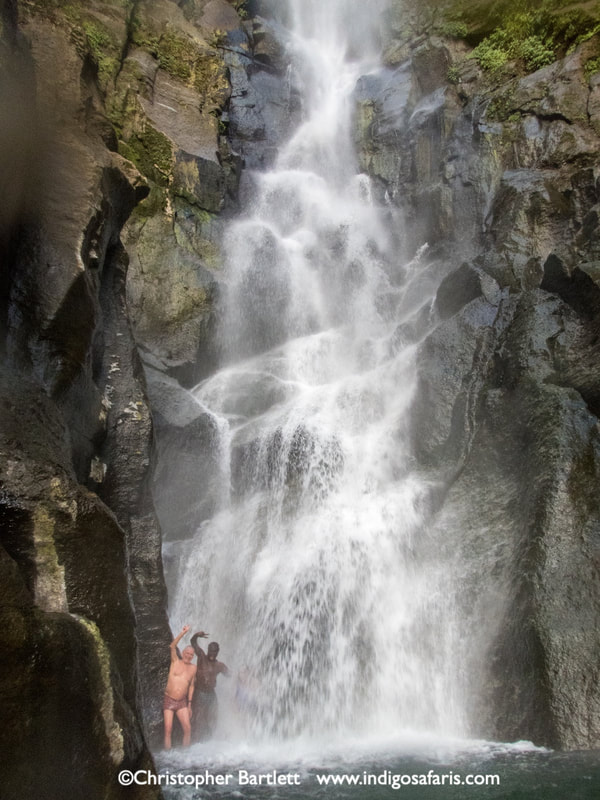 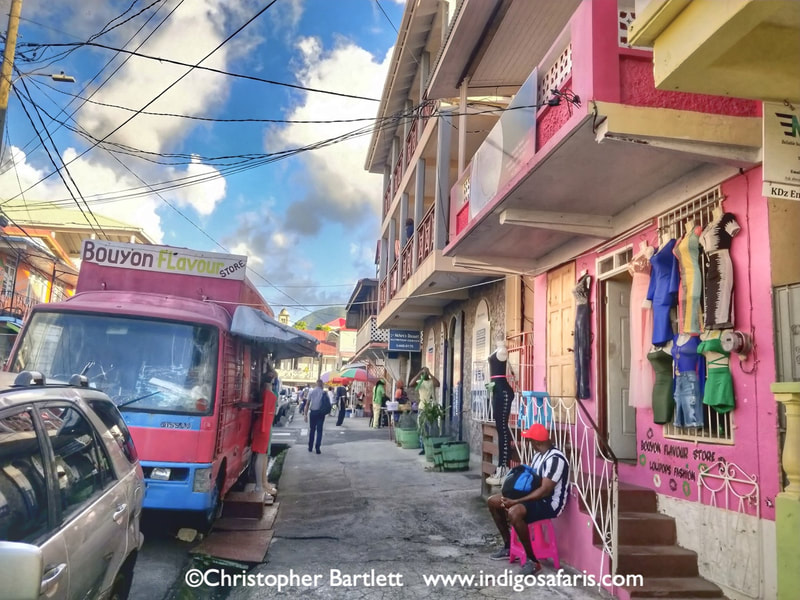 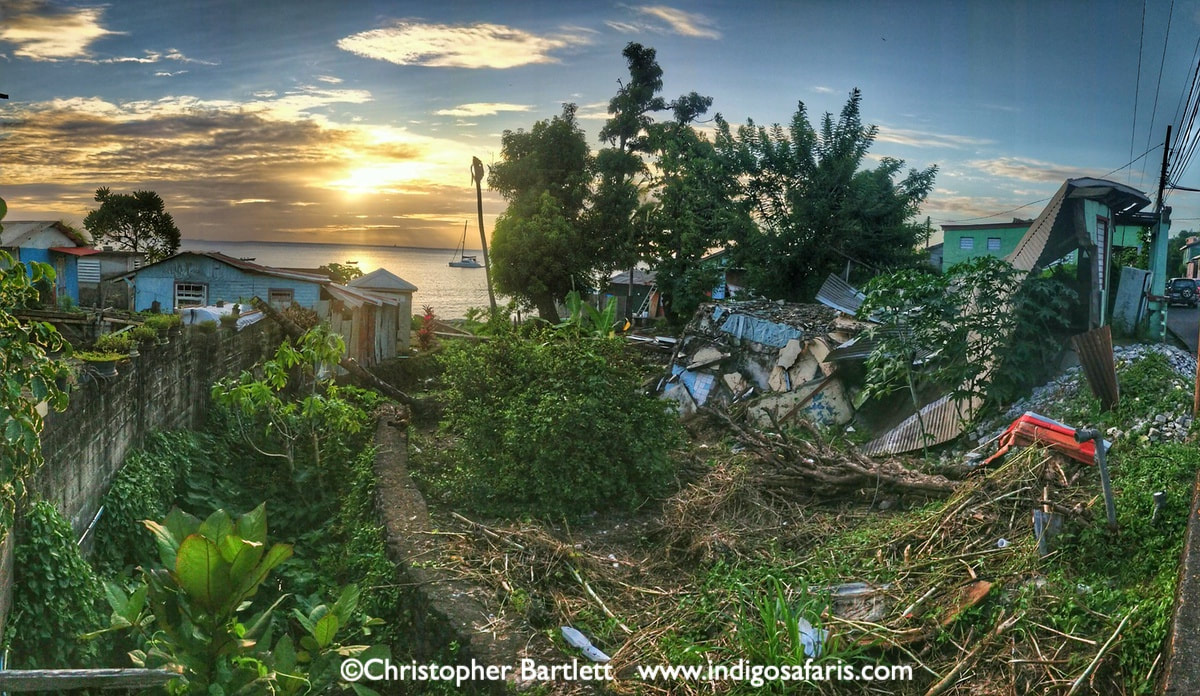 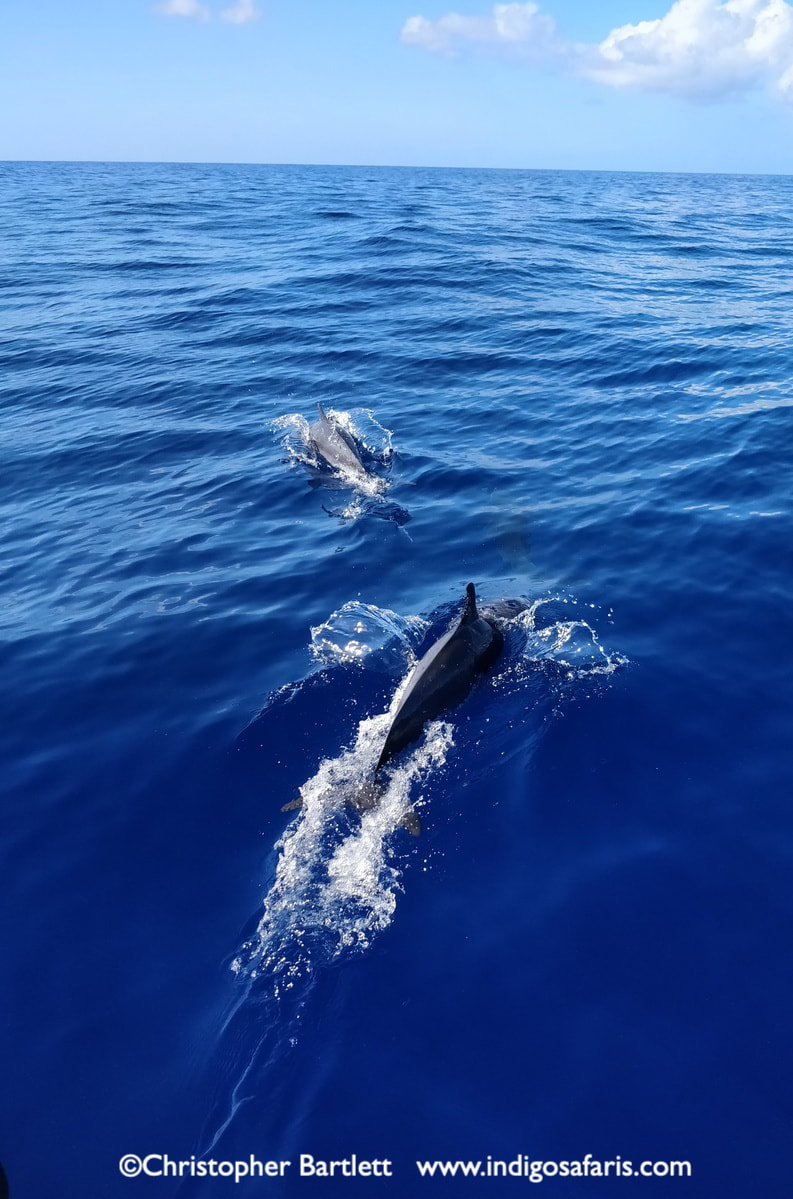 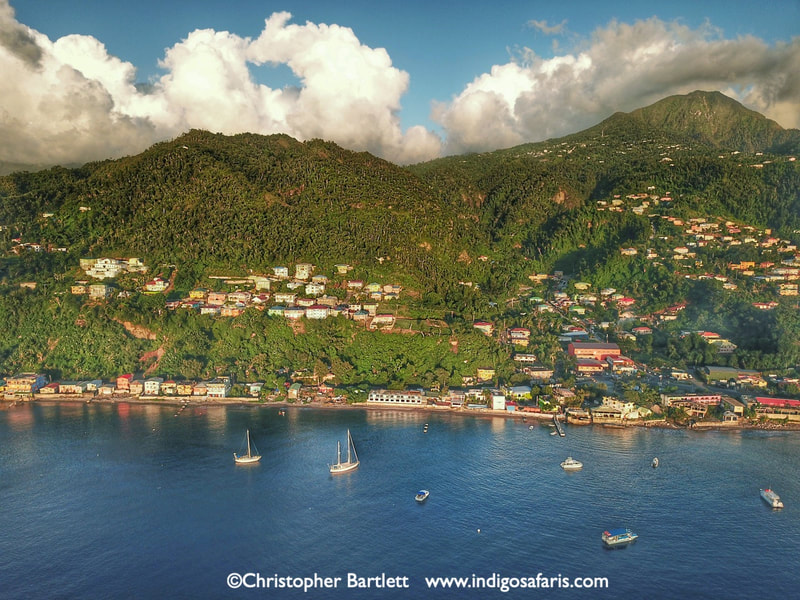 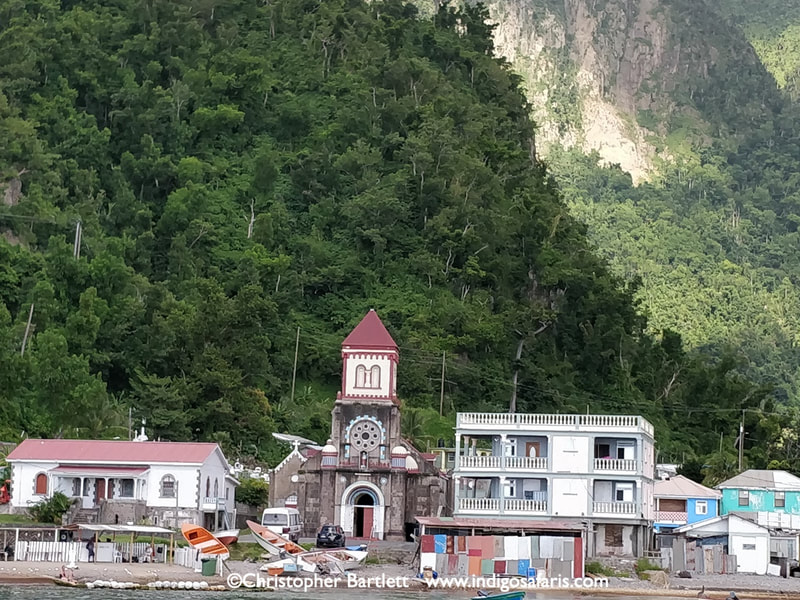 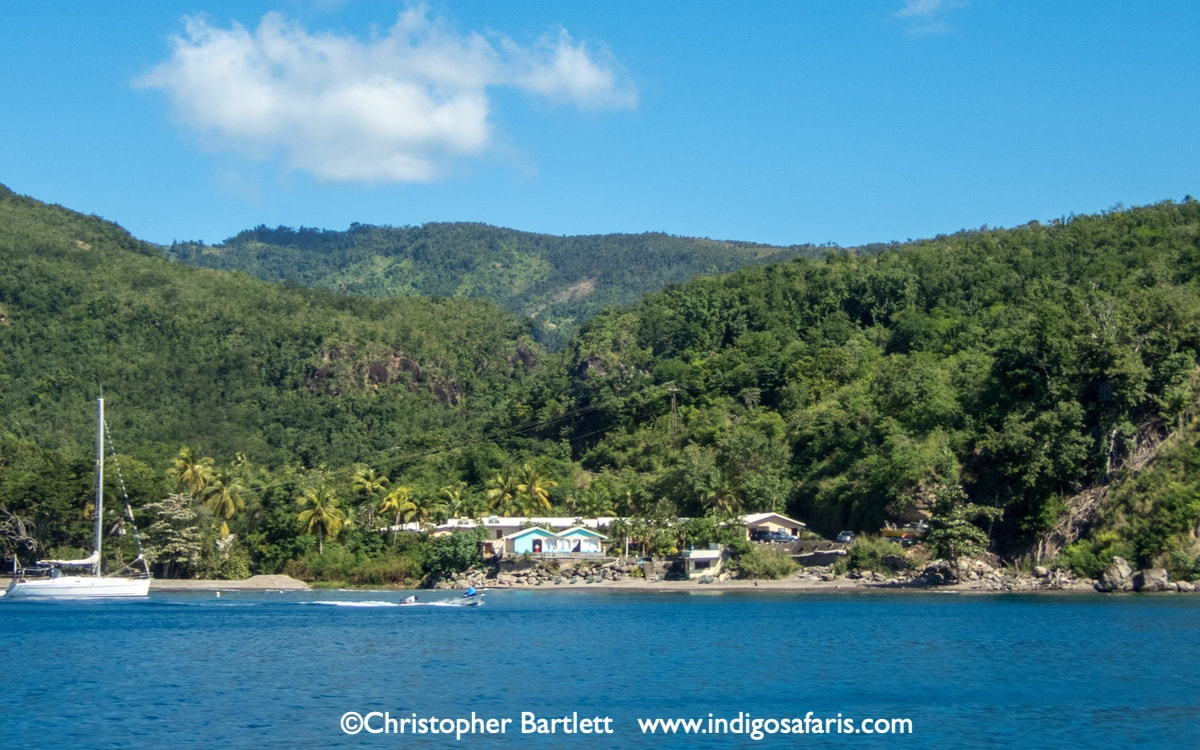 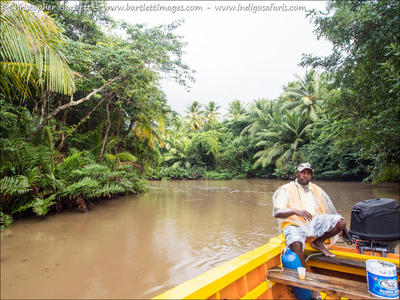 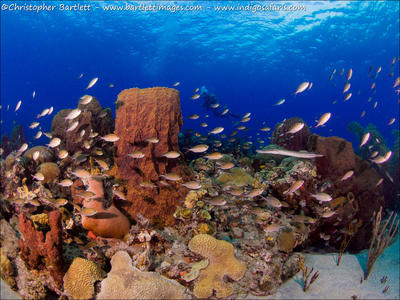 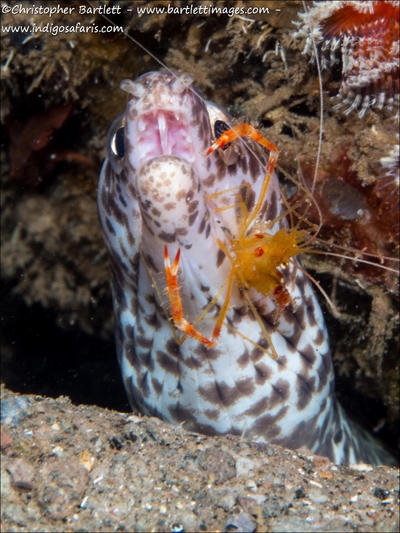 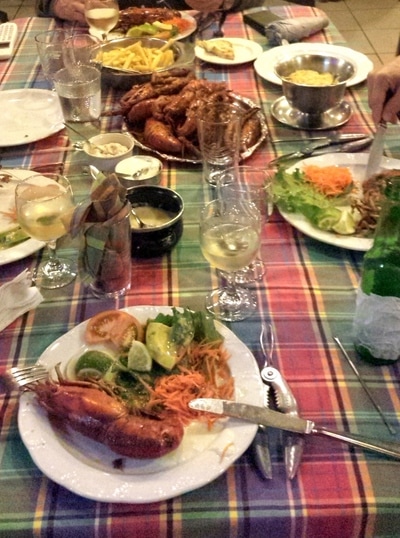 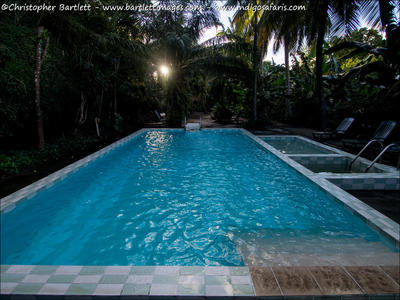 Indigo Safaris organizes tailor-made trips to Dominica covering accommodation, diving, hiking, guided walks, and vehicle rental.
There are only two dive centres worth diving with, there is one other part-time operation, and that's it. There isn't the demand for more, with the island only having a handful of hotel options. There is also Fort Young Hotel in Roseau, but the despite, or possibly due to, its billing as the "premier" hotel on the island, is also the dock for the cruise ships that block out the ocean view....