The Shark Kingdom
Kwazulu-Natal has some of the best and most varied shark diving in the world. With schooling juvenile Scalloped hammerheads, sometimes thousands strong, Bull (locally called Zambezi) sharks, Tiger sharks, Oceanic blacktips, big concentrations of Ragged-tooth (aka Sand-tiger or Grey Nurse) sharks, Guitar sharks, and whitetip reef sharks there are plenty to see. Whale sharks also cruise by in the southern summer months,

Big fish galore
Sharks aren't the only big things around. Potato grouper and Brindle Bass (Giant grouper) are common sightings, Manta rays are not uncommon passers-by, and there are numerous other ray species: Eagle, Diamond, Round Ribbontail, amongst others.

Coral reefs
Aliwal Shoal is the most southern coral reef in Africa. It's not a pretty reef in terms of coral. but it has the usual Indian Ocean reef-dwellers on it. Aliwal and Protea Banks (the southernmost dive area in KZN) specialise in sharks and big fish. Sodwana Bay, further north, has prettier reefs, but doesn't offer baited dives, and neither does Rocktail, which has the prettiest reefs in the region.

The Sardine Run
Whilst most Sardine Run action takes place further to the south along the Wild Coast of Eastern Cape Province, the operators we use come from KZN and ideally one should build in a short stay in KZN at the end or beginning of the trip. The Sardines do pass by KZN every year though, so you can be lucky and be around when they do. They fish them off the beach in front of my house in southern KZN. 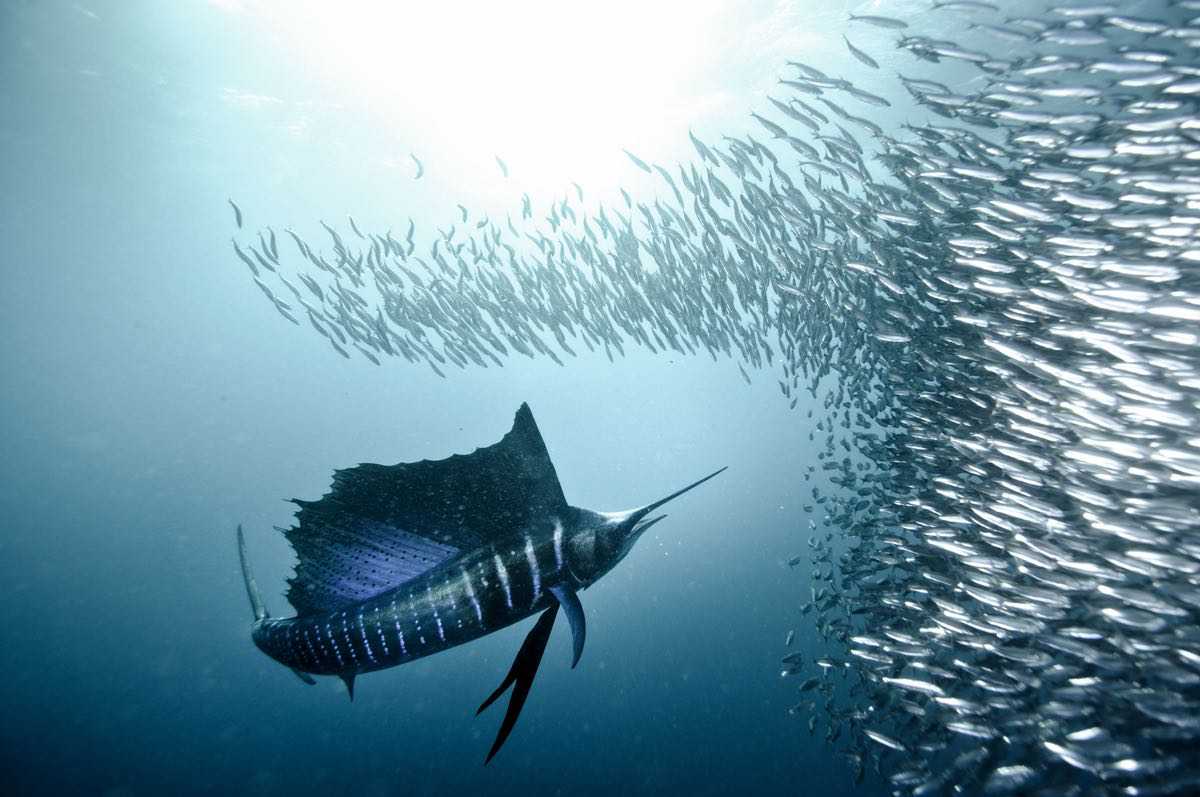