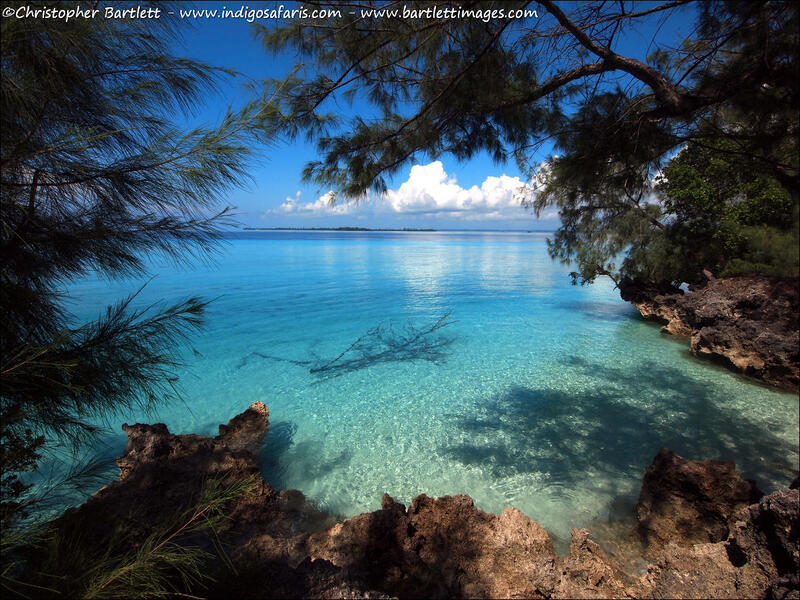 Pemba Island has arguably some of the best wall-diving in the world, certainly the best in Africa for variety, in a remote and captivating setting, often with less than 100 foreign visitors on the  island at a given time.

Much hillier and greener than Zanzibar, her sister island to the south, Pemba is the world capital of clove production, and in season the air is heady with the smell of cloves being dried in front of people's homes.

55 kilometres long and 20 kilometres across at its widest point, the majority of the 370,000 inhabitants are subsistence or small-scale cash crop farmers or subsistence fishermen. The island is a very fertile place; besides clove trees, the local crops are mainly coconut, bananas, cassava and red beans, but also mchicha (a sort of spinach), tomatoes, and seasonal tropical fruits, and the deep Pemban waters close offshore provides many game fish.
​
Belief in witchcraft is widespread on Pemba, and the island was long known as a home of famous and feared witchdoctors and an interesting mixture is still found today. When ill, both hospital and witchdoctor are visited. If one does not work, certainly the other one will! When a death or theft occurs a Pemban will seek both the police and the witch doctor out for advice or action, doubling one's chances of recovery or retribution.

Accommodation summary
Pemba has remained largely undeveloped, with less than half a dozen places for tourists to stay.
Gecko Eco Lodge and Swahili Divers - in the north, under new management since February 2017, the cheapest place to stay and dive, refurbishments and upgrades in progress. Best location for diving the great sites around Njao and Fundo gaps.
The Manta Resort - the northernmost resort, the next cheapest after Gecko Eco Lodge. (there are no mantas).
The Aiyana Resort and Spa - in the north next to The Manta Resort. The newest on the island and the most chic. No dive centre.
Fundu Lagoon Luxury Beach Lodge - in the south, access via road and boat, the epitome of barefoot luxury. Excellent dive centre, the dive centre manager, Philbert, has been there over a decade.
Getting to Pemba Island

Flying from Dar-es-Salaam to Stone Town on Unguja (or Zanzibar Island) takes 20 minutes. After a 15-minute break, the 35-minute flight to Pemba yields picture-postcard aerial shots of uninhabited islands and the reefs, before touching down in Chake Chake, Pemba’s biggest town, half-way up the west coast at the end of a long mangrove-lined creek.
The airport is a small ramshackle affair, and despite a plethora of attractions including atmospheric ruins, primeval forest, unique bird species, deserted beaches, and some of the best diving in the Indian Ocean, Pemba hosts less than 100 tourists at any given time, sometimes less than 20 in total in the four resorts.


Leaving the aiport, you pass through Chake Chake and its crumbling buildings and stall-filled alleyways. Stop off and take in the fruit and vegetable market, try out the sticky paste made from tamarind, ginger, sugar, nutmeg, and cloves, and watch the grazing hump-necked cows interrupt an impromptu football match in front of the mosque.
Pemba Diving

Walls are everywhere on Pemba. The fringing reefs are close to shore, and the best are in the gaps created by the small outlying islands that run along the west coast.  The coral is fed by the nutrient-rich Pemba channel and is alive with all sorts of wierd and wonderful soft and hard corals and reef fish. It’s not a place for 'big' encounters every dive, but the variety and volume of small to medium-sized species is outstanding, with coral crabs, magnificent partner shrimps, nudibranchs, anthias, morays galore, schools of snapper and trevally,  frequent meetings with Napoleon wrasse, groupers and barracudas, and the occasional ray or shark.
Many dives are on vertical walls, dropping from the azure surface through cobalts, and beyond into the depths - up to 600 metres straight down in parts. Njao and Fundo Gaps (nowhere near Fundu Lagoon) are stunning with over a dozen dive sites, the long walls at Kishani often have viz in excess of 70 metres, and Uvinje Gap has the teeming (and sometimes challenging) Slobodan's Bunker. Misali Island Marine Reserve is in superb condition, with coral gardens covered in hard corals as far as one can see in the generally excellent viz, and more deep, coral covered wall dives. All-in-all, Pemba is the boss's favourite place to dive in Africa.
Click on the links below for more information.
Photos from December 2012 part I
Photos from December 2012 part II
Seaweed harvesting gallery
An article about diving the  Zanzibar Archipelago in X-Ray Magazine
An article about diving the  Zanzibar Archipelago in African Diver
An interview with the expert - Marine Biologist and author Dr Ewald Lieske